You asked. We answered. FY15

Part of our occasional series of responding to questions on particular topic...this time on FY15

Q: I've been told that it's too early to weigh in on the city and schools budget. Is this the case?

No, it is absolutely not the case.
The city departments have had their budget requests in for weeks at this point; the Chapter 70 and local aid numbers are known; the House budget is expected shortly. Anyone who tells you this wants you to wait too long to make any difference.
A reminder: ONLY THE CITY MANAGER can add funds to the budget; the Council can either vote in favor of his recommendation or they can send it back. The Council DOES NOT have the power to reallocate funds within the city budget or to increase its bottom line. Thus, if you want to affect either of those, you need to do so BEFORE the Council gets the budget.
And that means now.

Q: Have the budget cuts changed since the last budget presentation?

No, they have not. Unfortunately.

Q: Why didn't we know this ahead of time?

What we could know ahead of time, we did. If you were around last year, you might remember this: 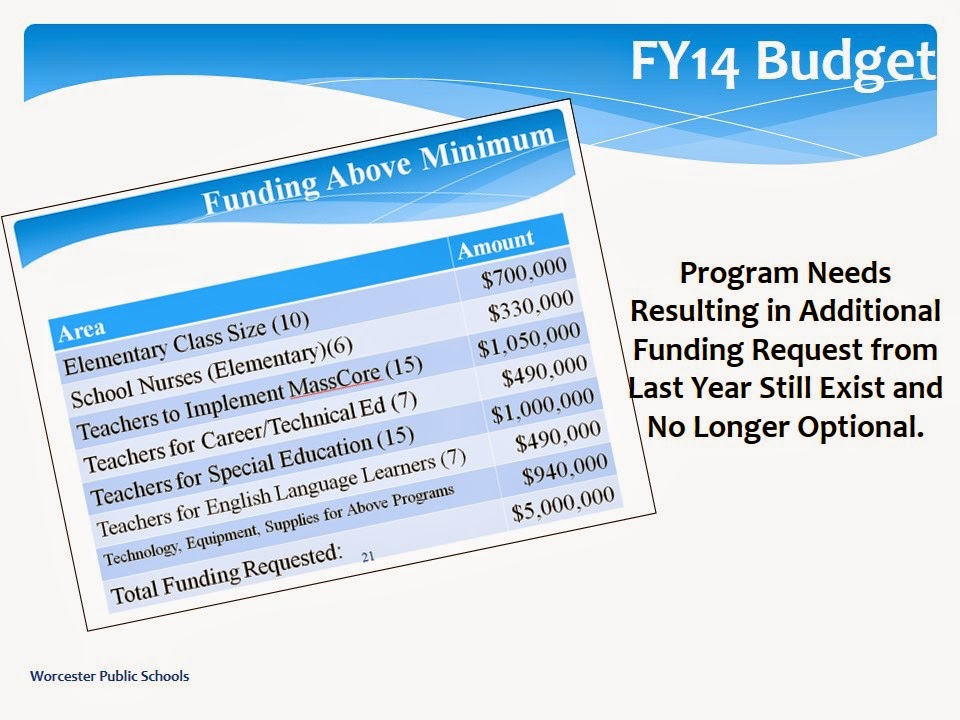 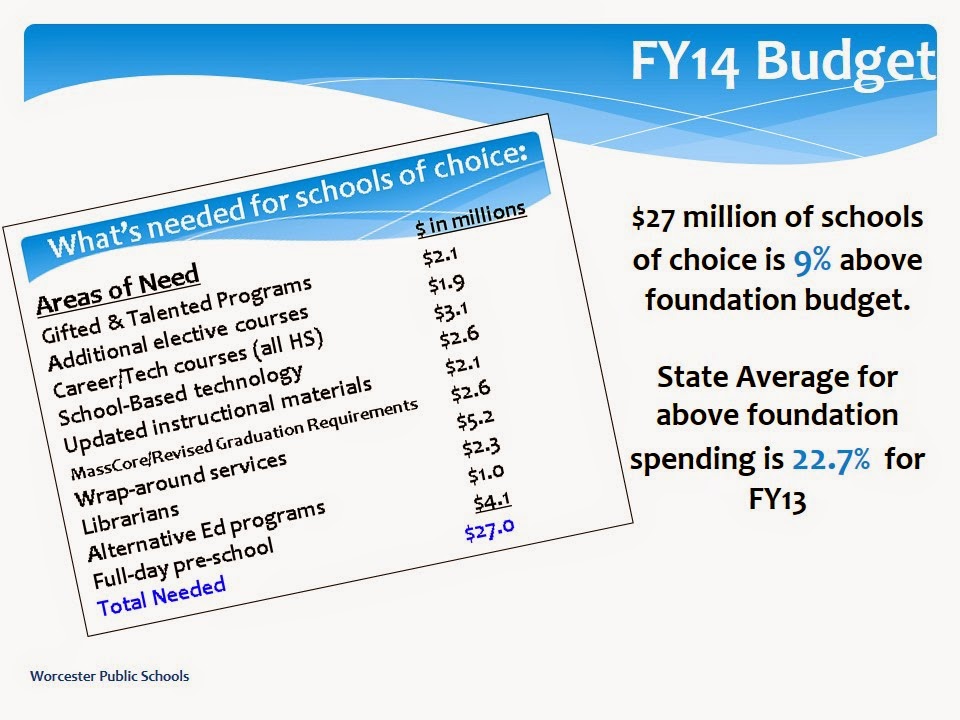 While the numbers and particulars on the slides have changed (those are actually from FY13), the fact that the system has basic needs that are not being met remains. That's the list that we saw with big red "DEFER" next to each item at last month's budget priority session. We can't--we really can't--afford (and I use that word advisedly) to continue to defer enough teachers, support staff, supplies, and maintenance.
The structural increase of a bit over 3% generally is covered by the inflation rate and student population increases. Here's what the inflation rate has looked like: 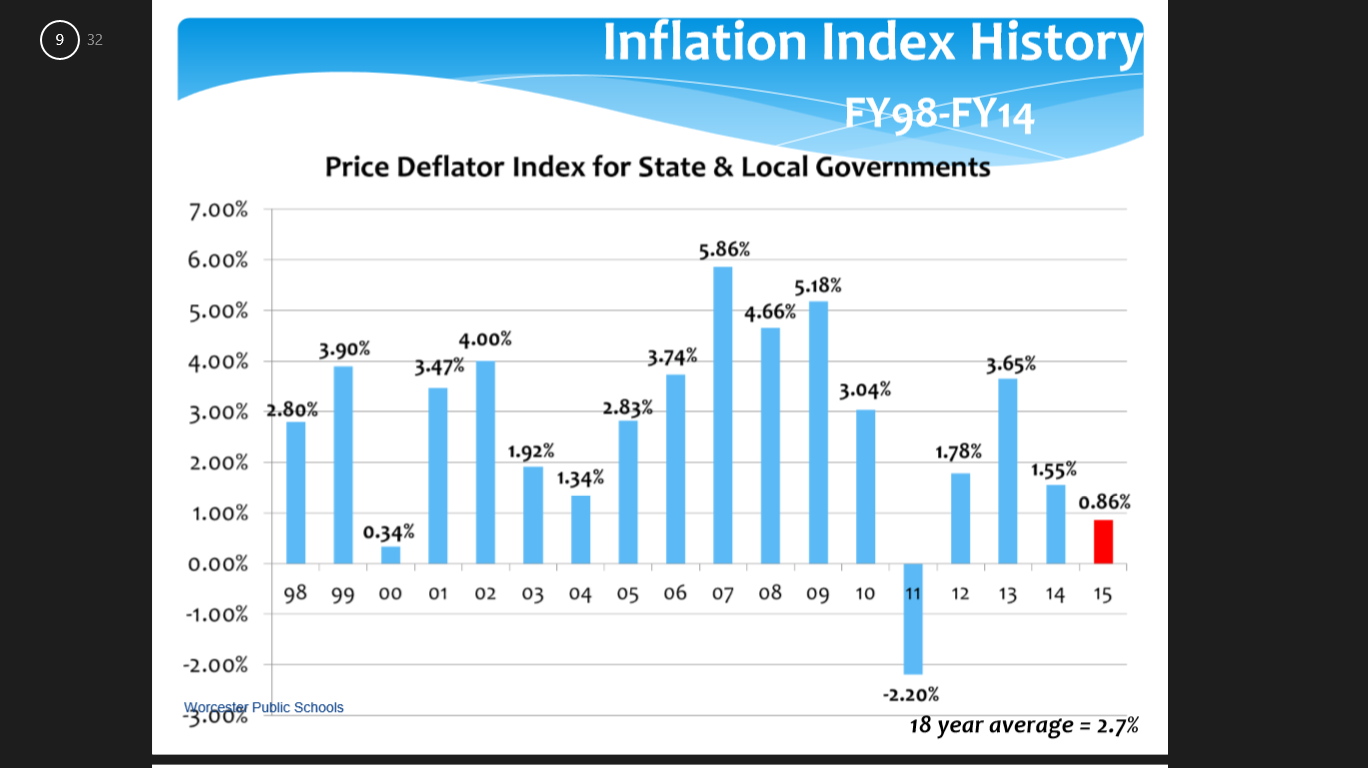 The one year that it was below zero was when we had the federal ARRA funds. Generally, though, much of our structural increase is covered by the inflation rate. It just plain isn't this year, with an inflation rate of a very unrealistic 0.86%.
The student population also is not as predicted. Here's our projections, from two sources: 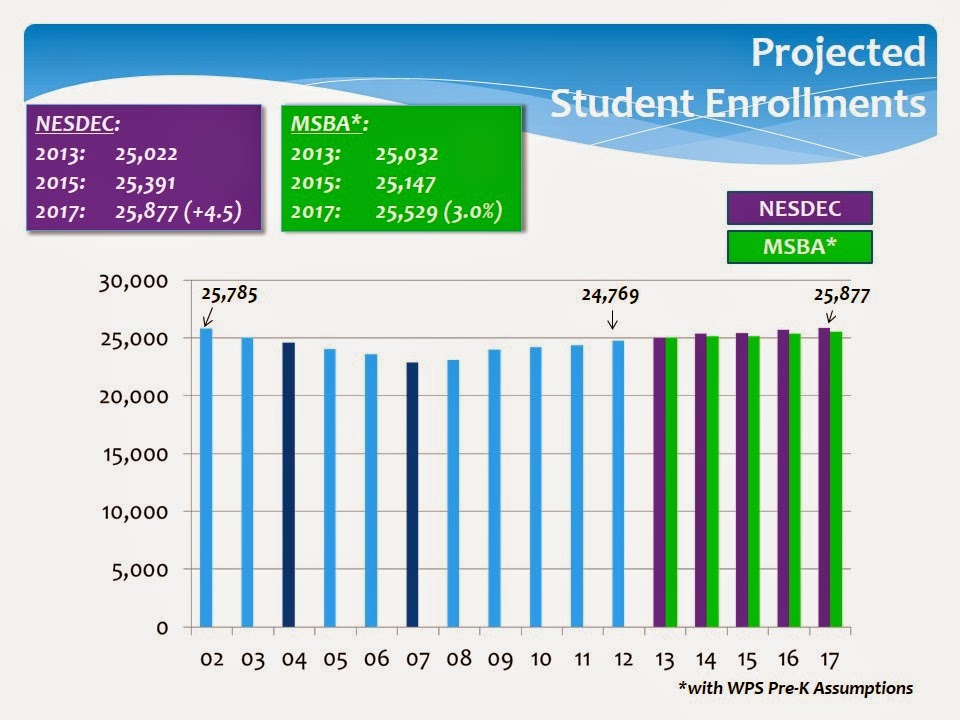 Thus, we were projected--by the people who do this!--to be at either 25,022 or 25,032. But our October 1 enrollment is 24,777. It is our October 1, 2013 number that counts for FY15, and those 245 students make a budgetary difference, particularly when you combine it with the high number of students who are leaving ELL status. That changes their foundation budget number, as well.
So the part that we knew, we knew. The part that we couldn't know, we didn't. 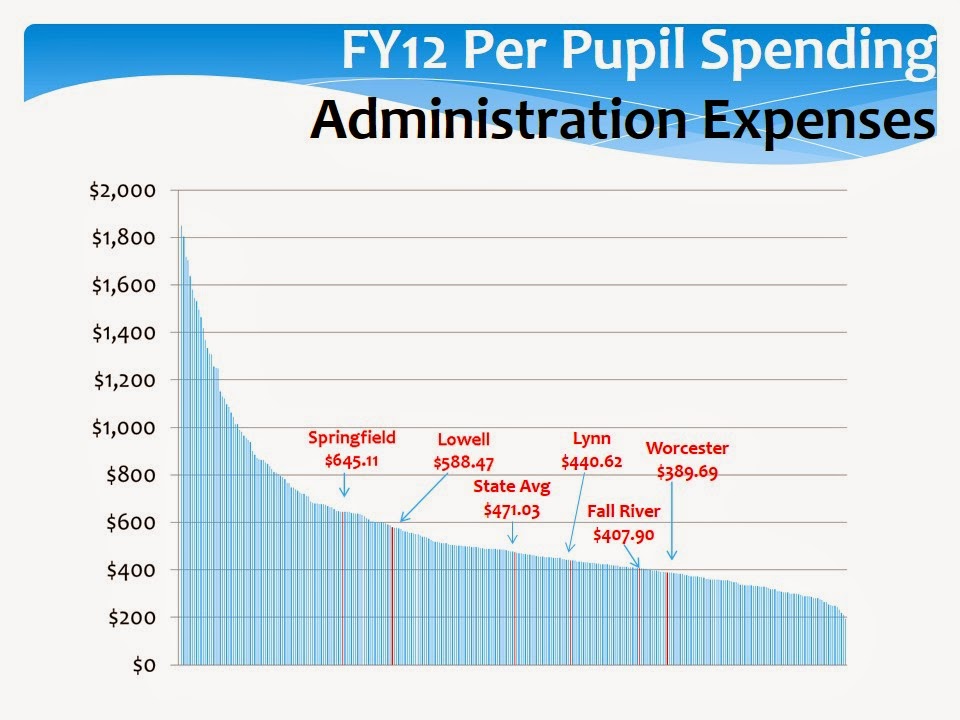 Those are FY12 numbers; I suspect that our current placement wouldn't change much.
Or "administrative spending credited to WPS"? 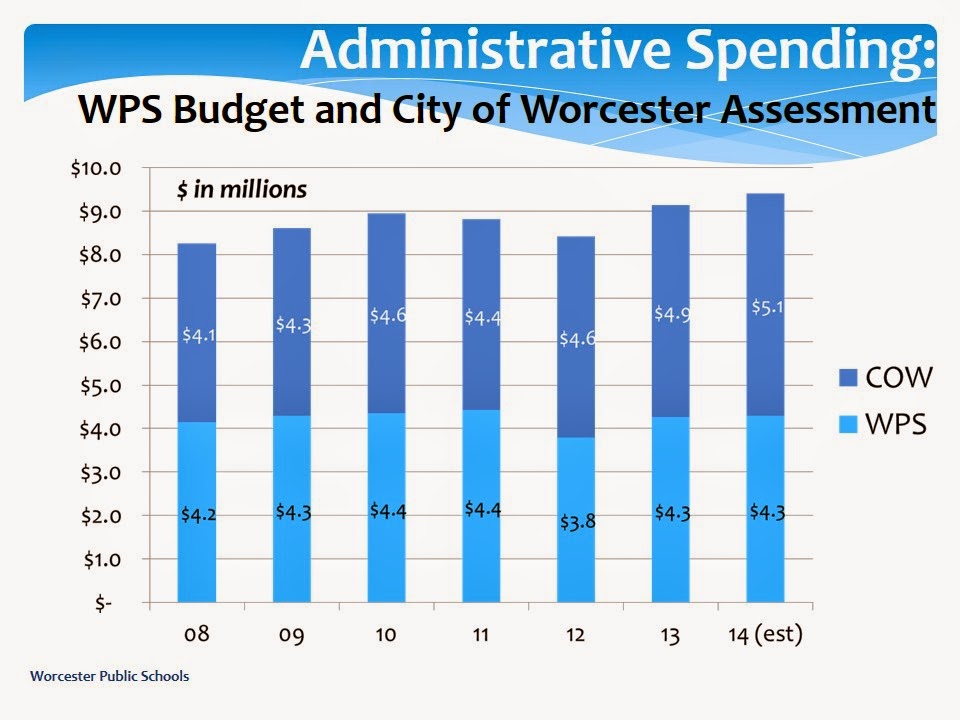 Remember: 54% of particular city departments are credited against Net School Spending. They are city departments, performing city functions (which include varying degrees of school functions), that are being paid for by education dollars.
And how does that compare to other cities? 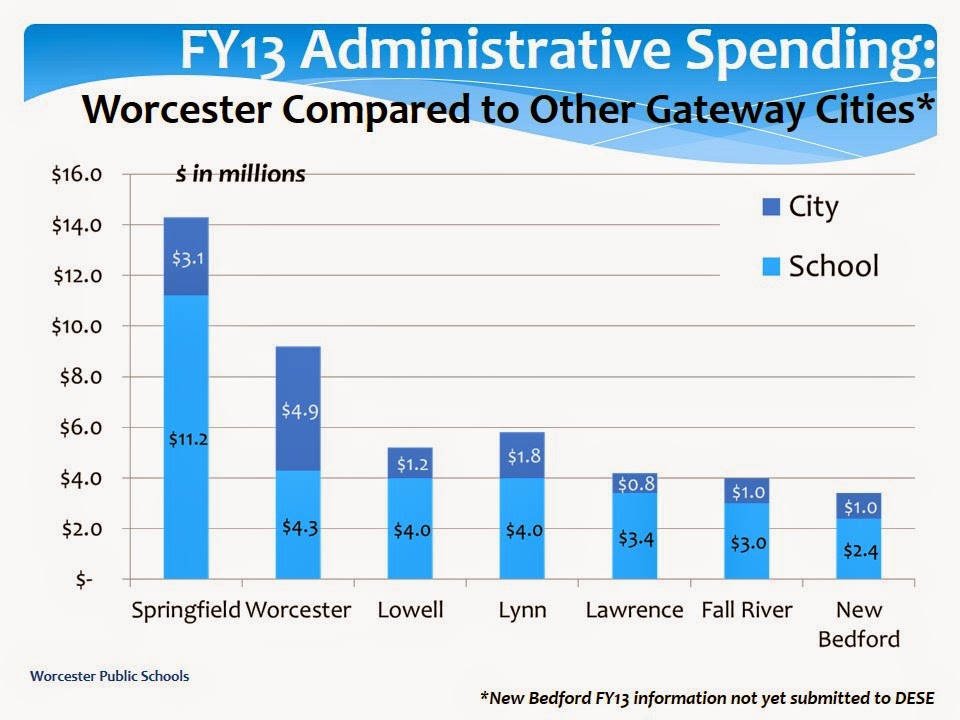 As I've said in the past: I'm happy to talk about administration. The issue is not in a budget on which I have a vote, however.
More questions? Send them along!