A round-up of coverage on the incoming superintendent

An updating collection of the coverage of Worcester's incoming Superintendent Dr. Rachel Monárrez.

I'll update as there is more!
Posted by Tracy Novick at 3:00 PM No comments:

Part of the structure of the subcommittees of the Worcester School Committee is that the Finance & Operations subcommittee periodically meets with the Education subcommittee of the City Council "concerning issues of overlapping interest," as the item has it. Councilor Thu Nguyen chairs Education. We'll be having our first joint meeting on Monday at City Hall at 5, and the agenda for the meeting is:

Here are ten reasons why you want to join us: 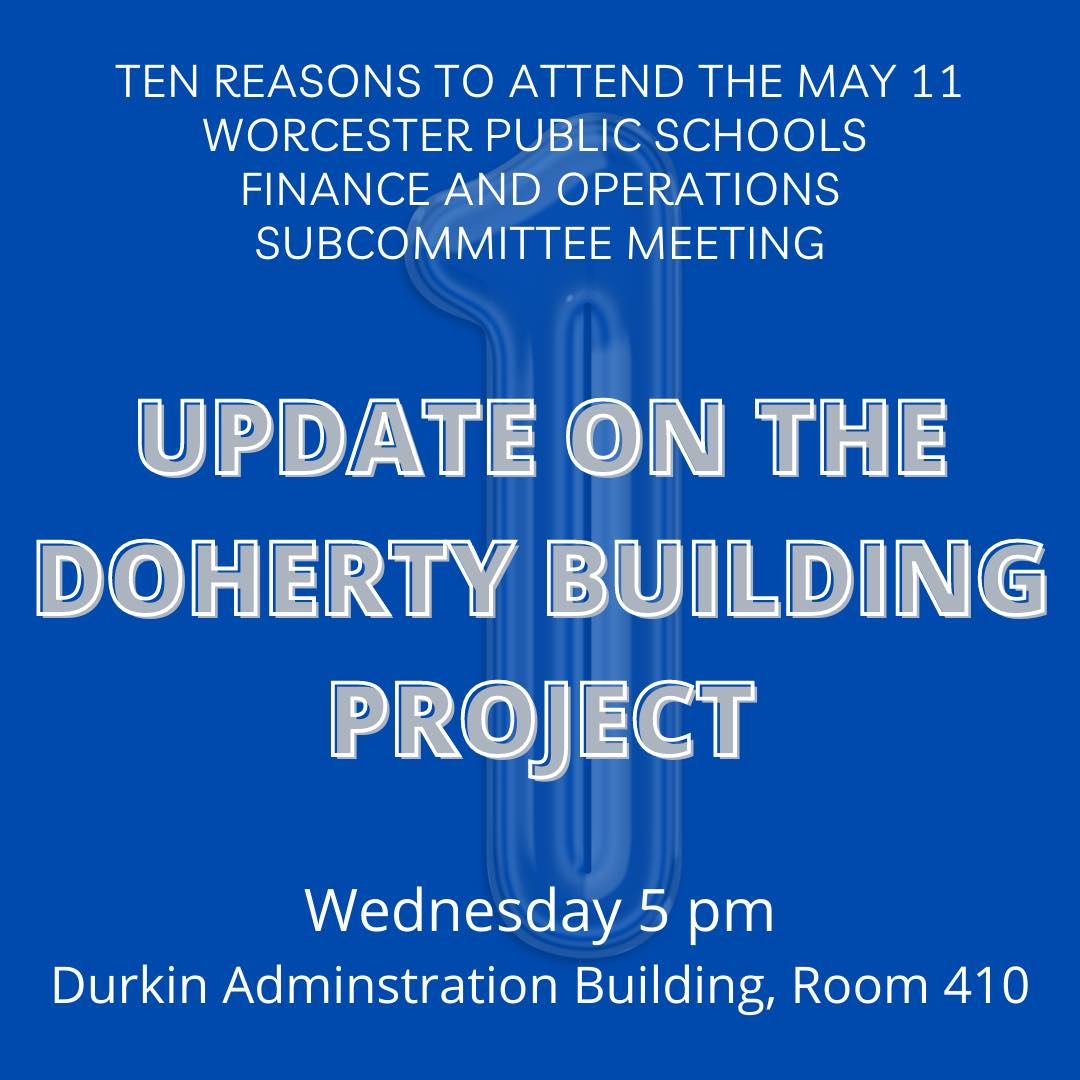 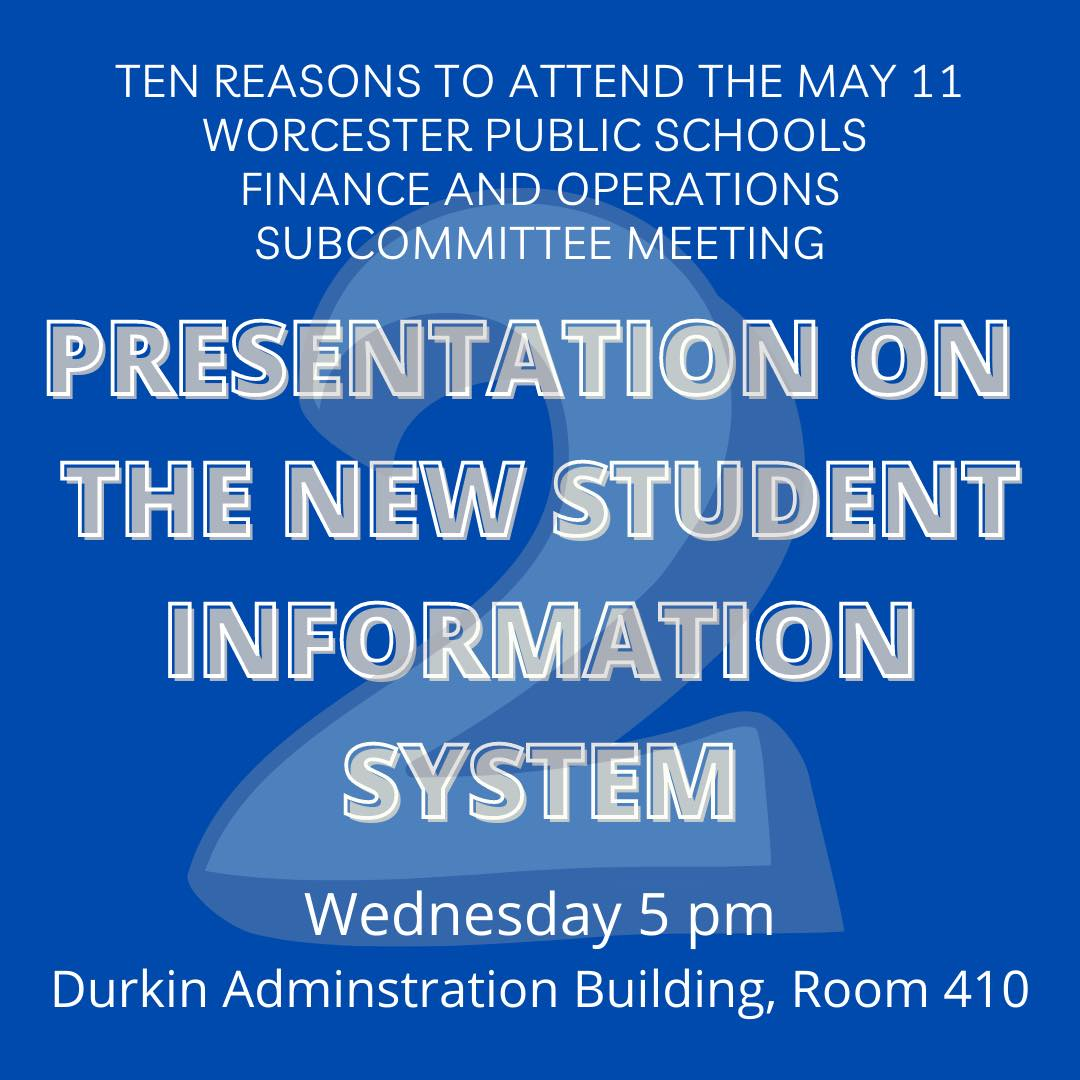 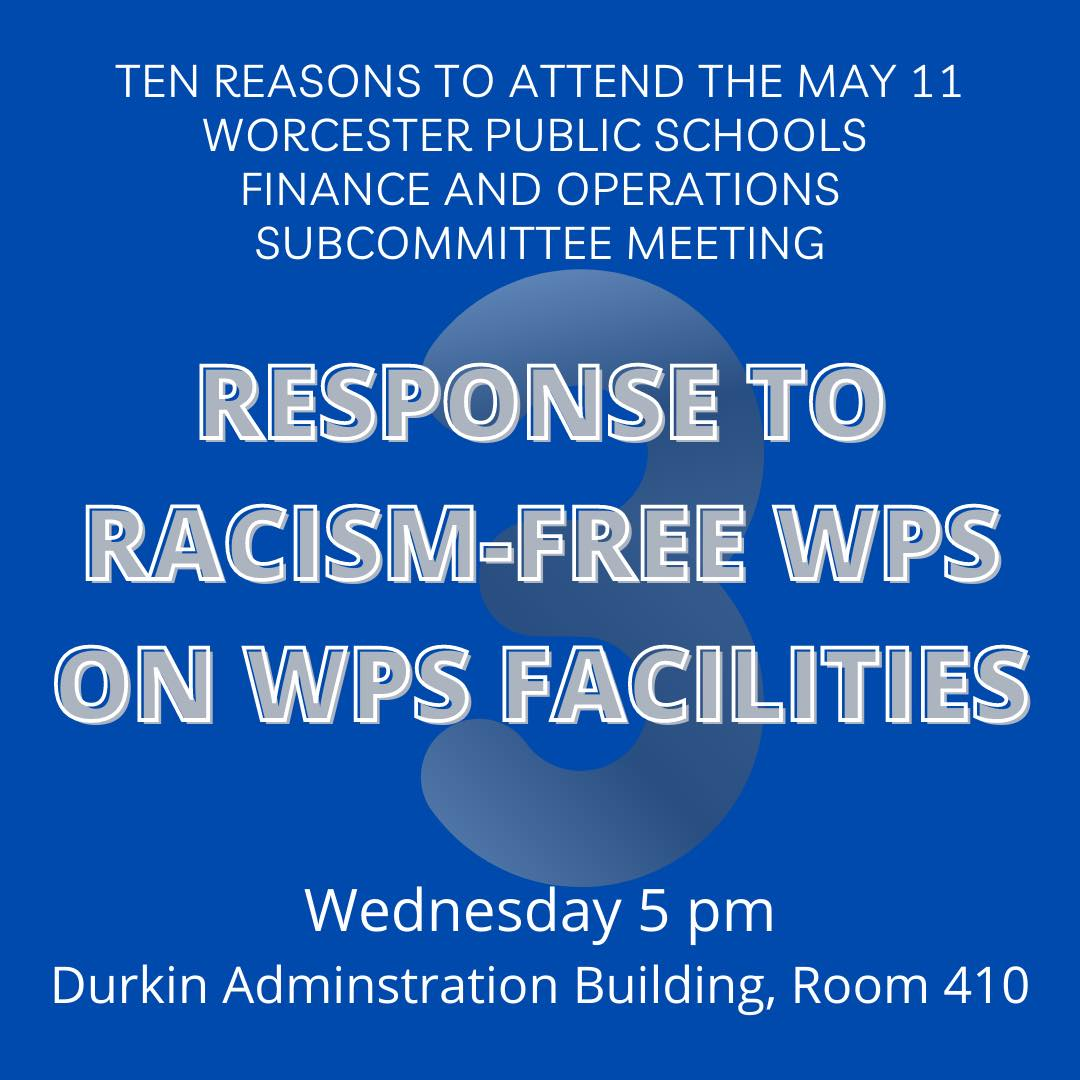 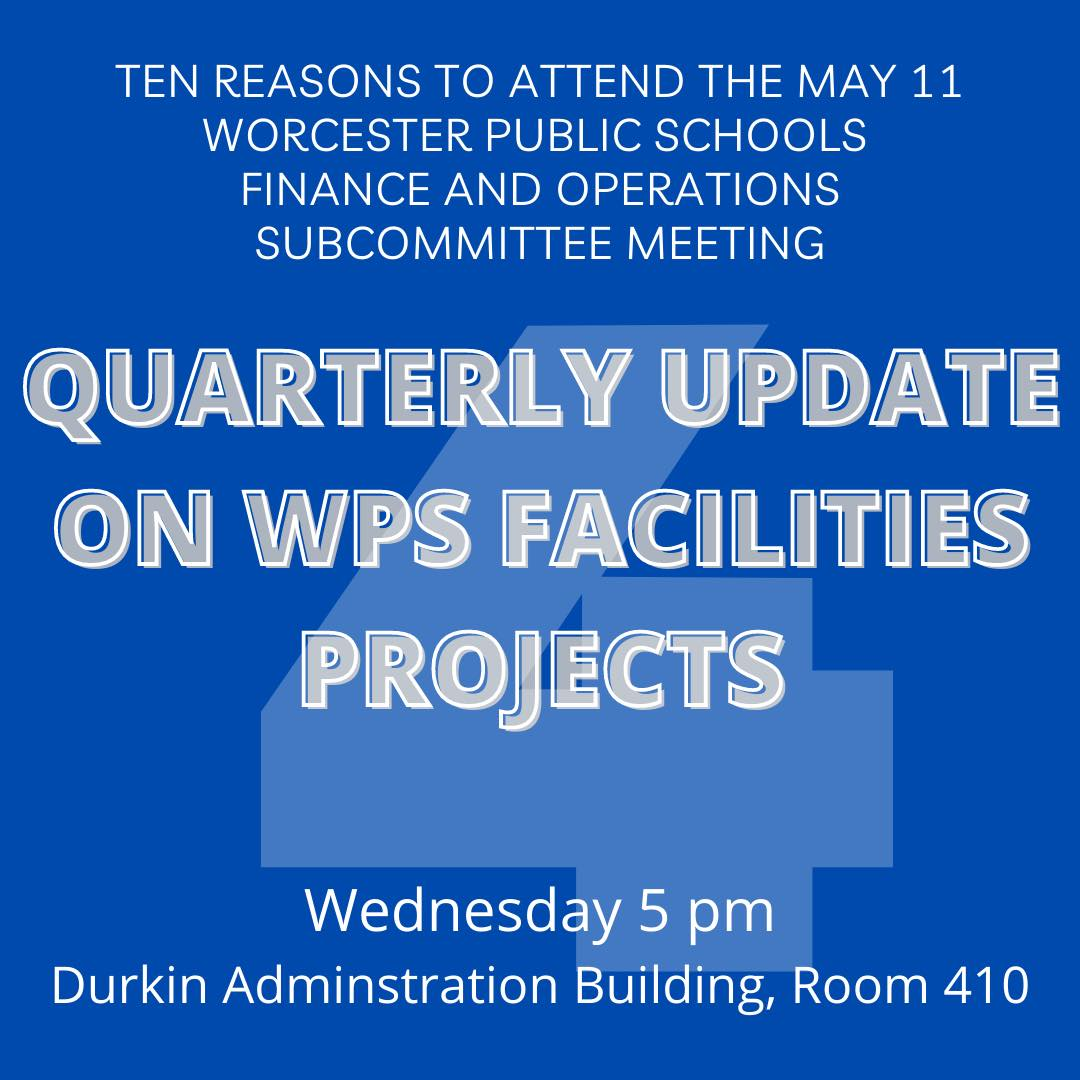 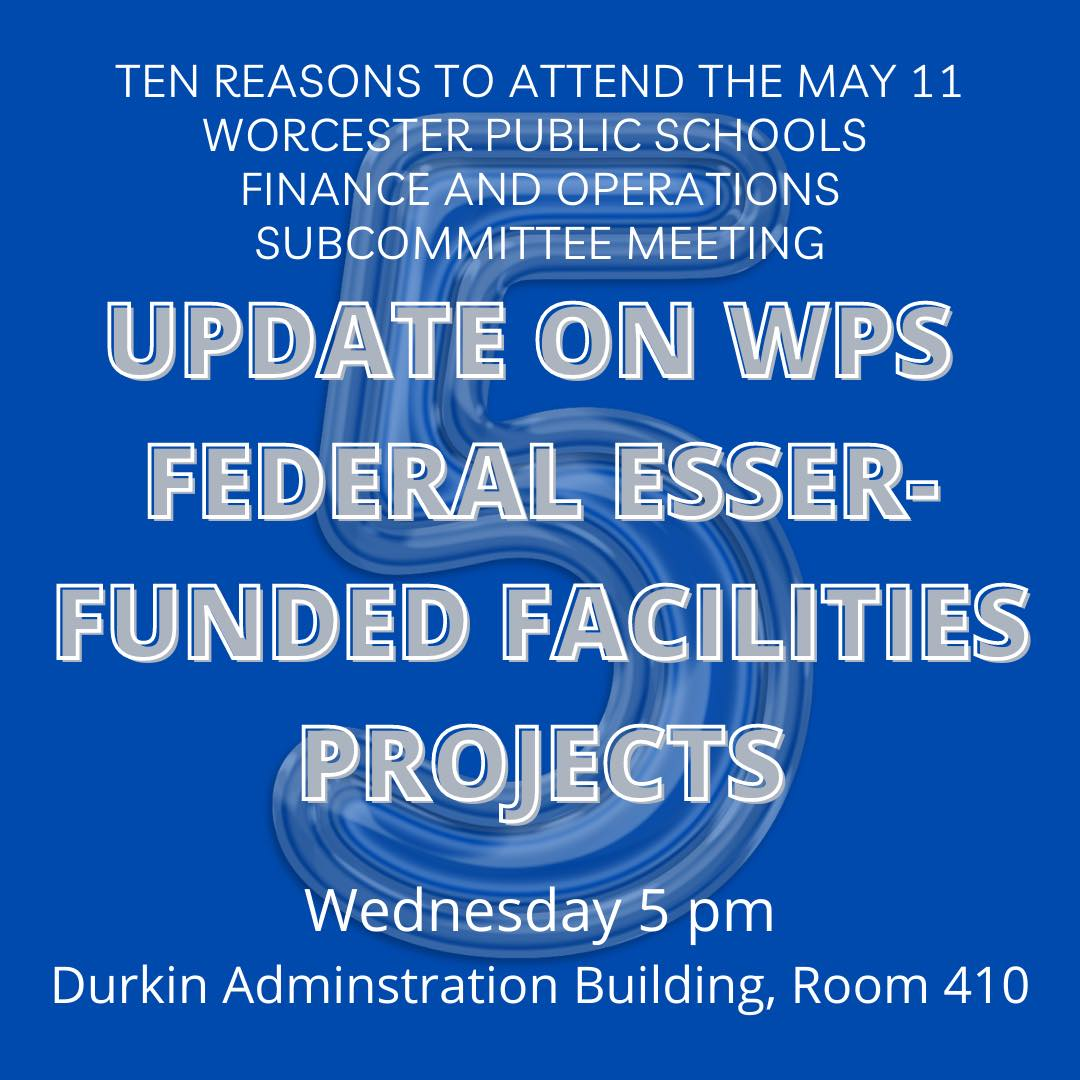 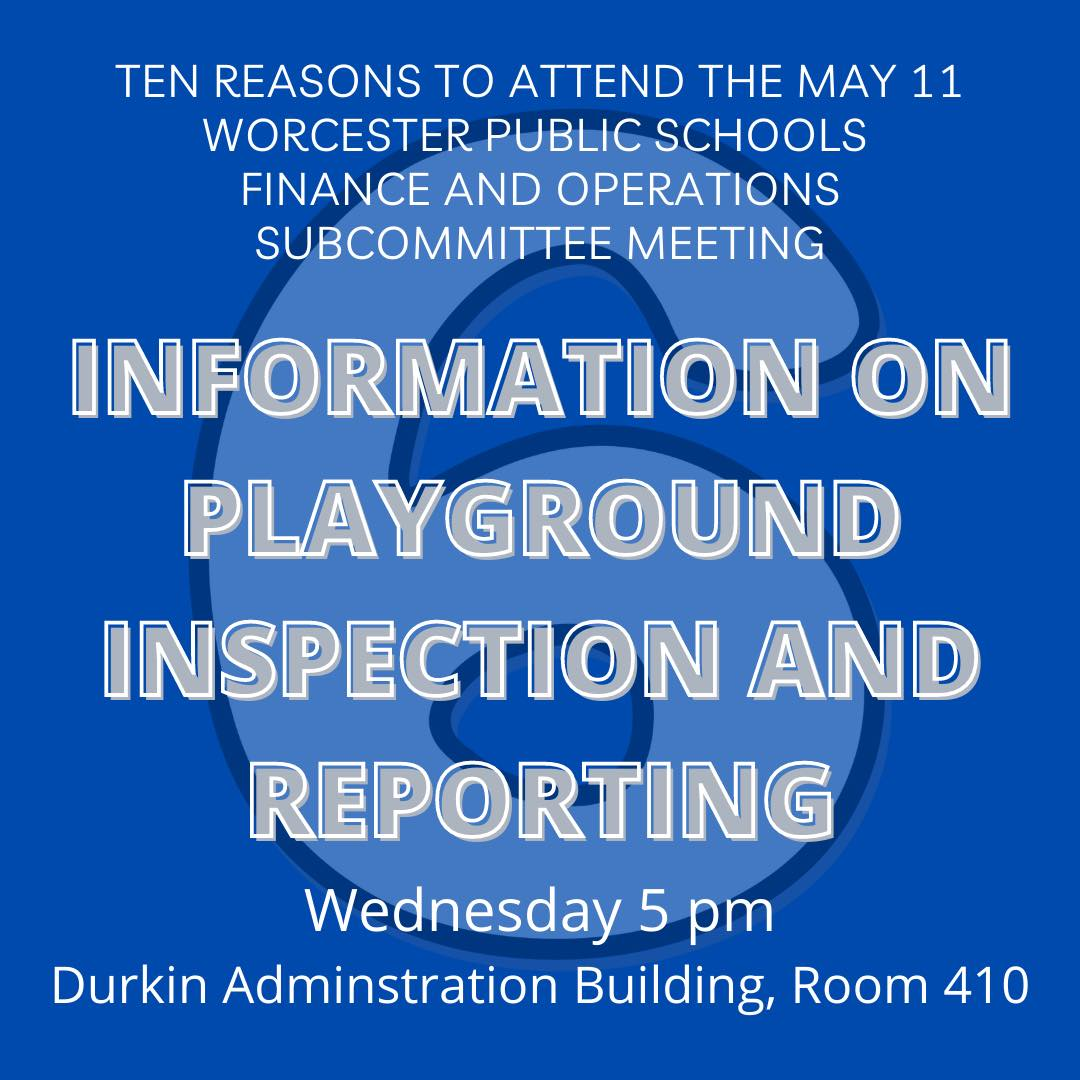 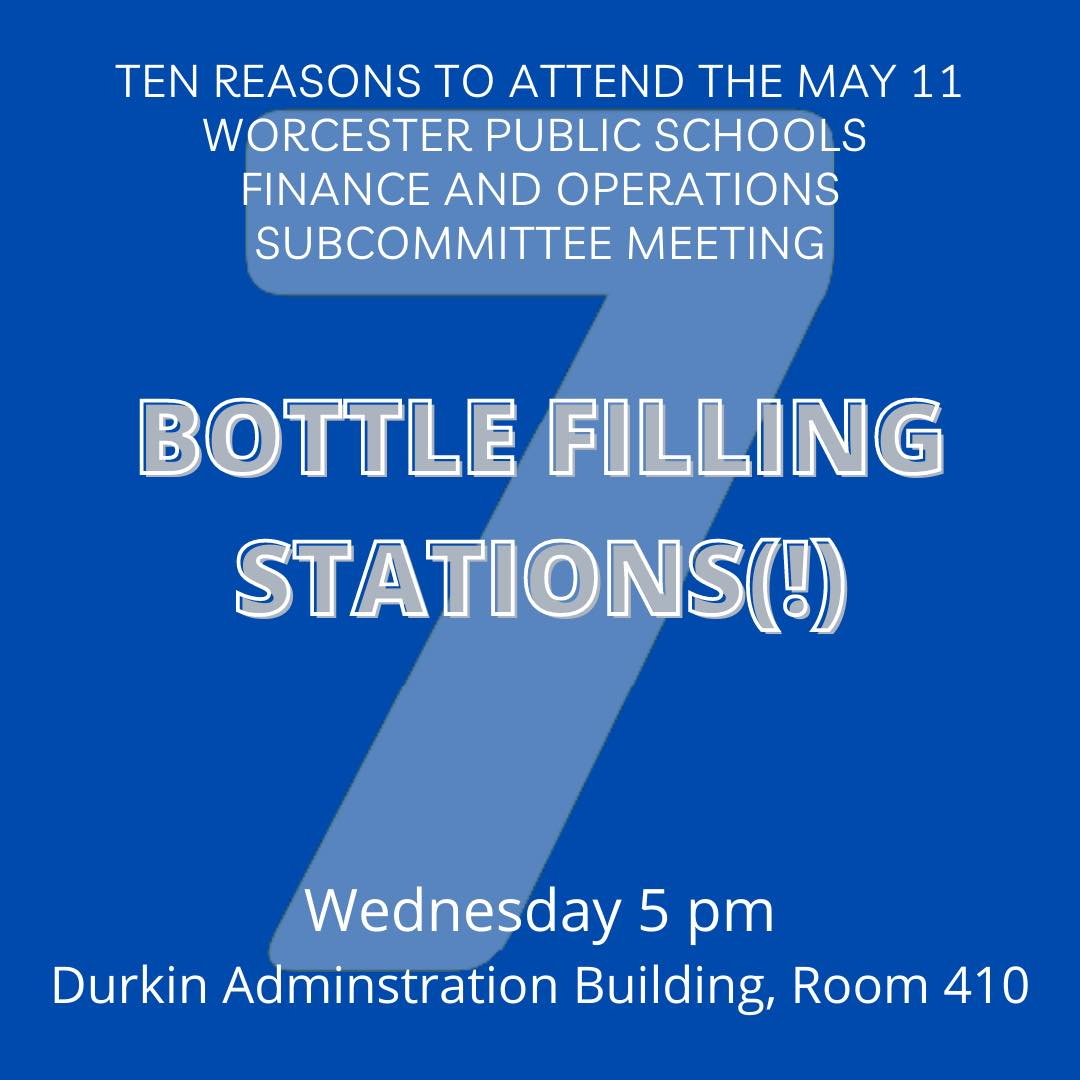 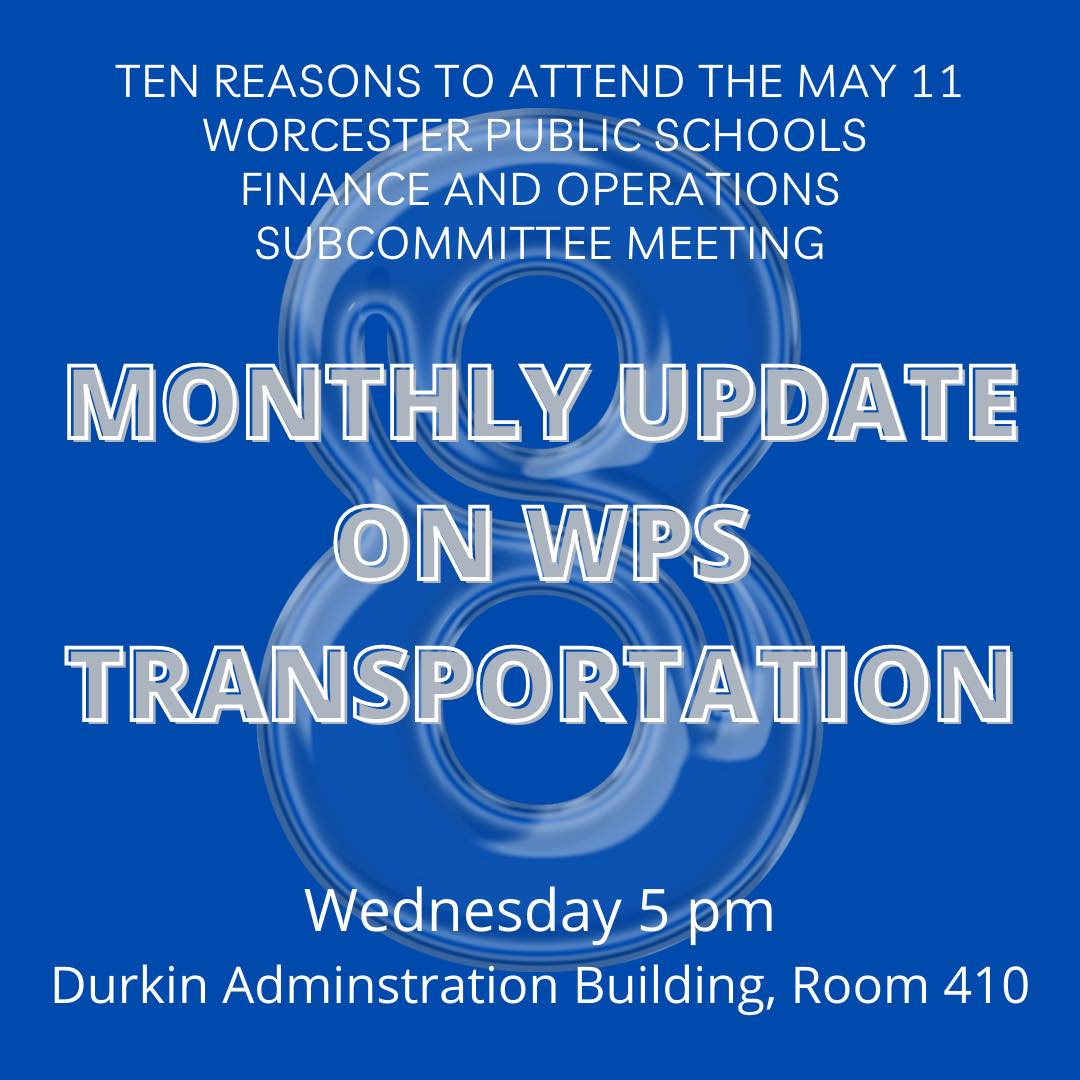 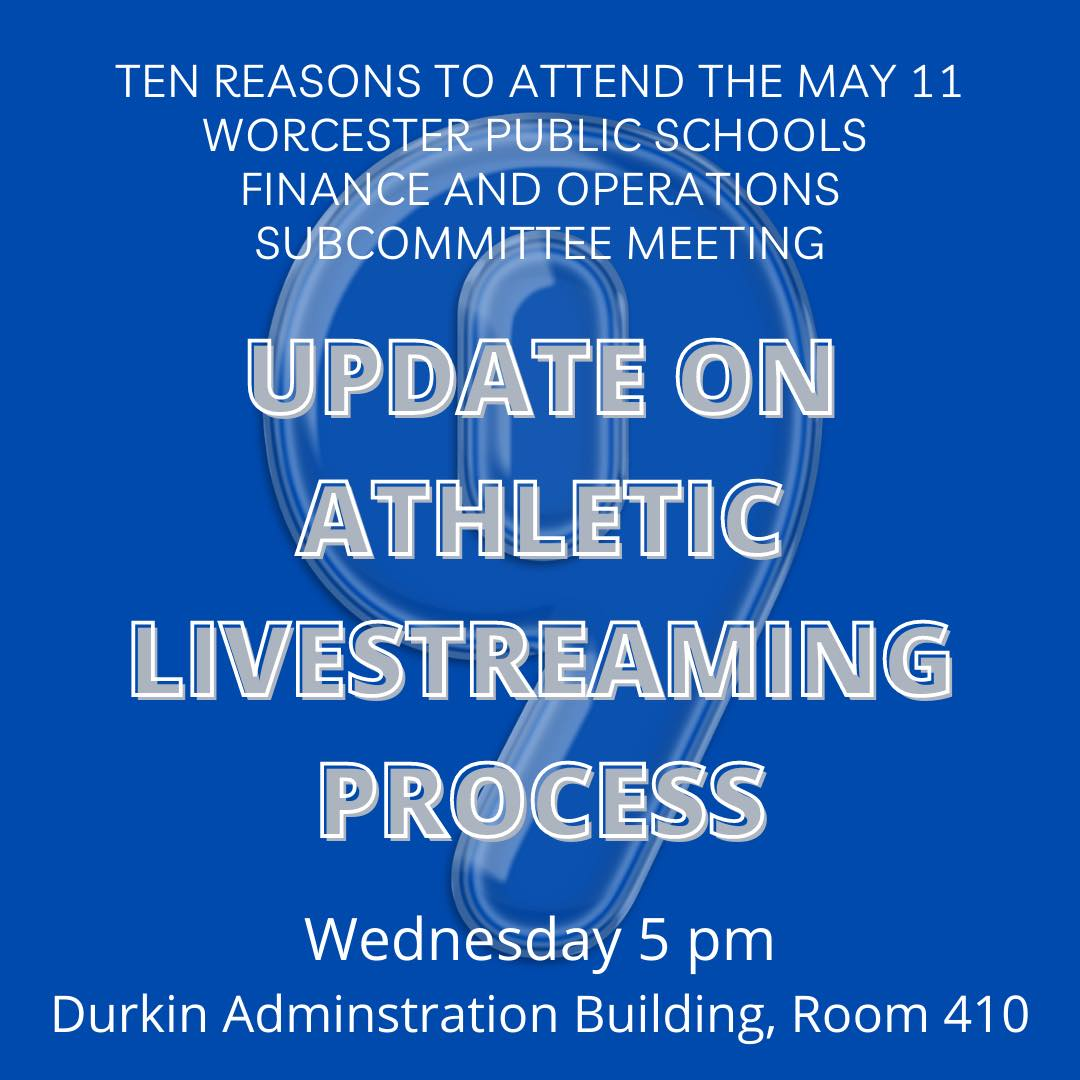 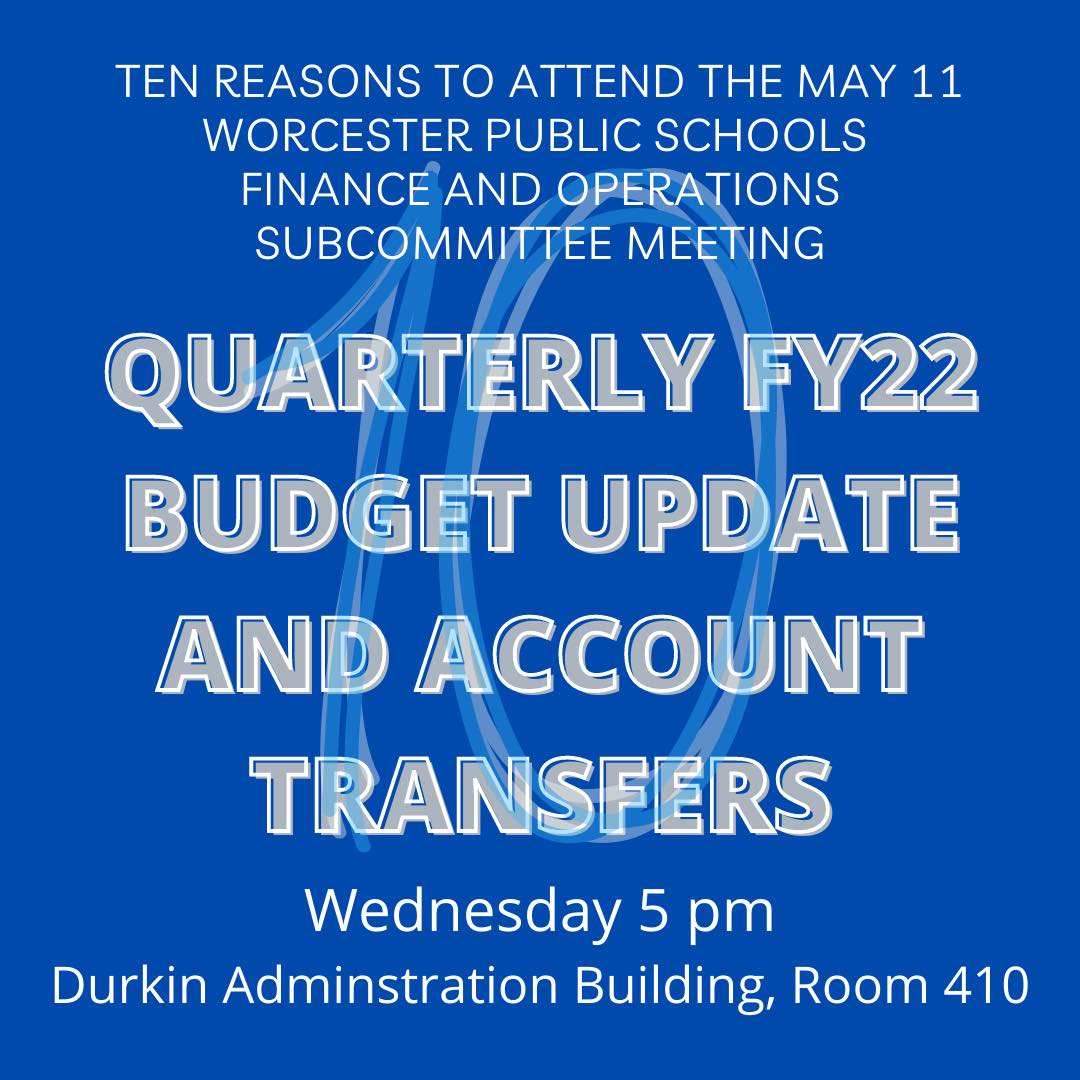 Posted by Tracy Novick at 9:17 PM No comments:

It's a three subcommittee week in Worcester! PLUS THE BUDGET IS COMING

And on FRIDAY:
The FY23 budget is publicly released! 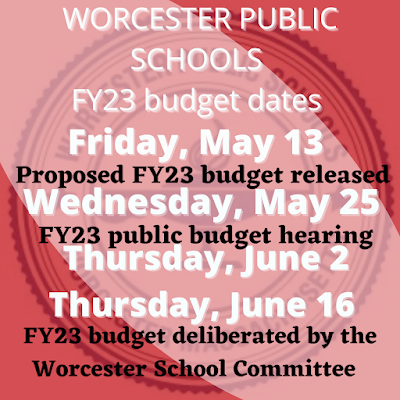 Posted by Tracy Novick at 9:04 PM No comments:

A few reflections on the Worcester superintendent search

As always, of course, everything I say here is coming just from me.

One thing that I have found rather heartbreaking about Worcester, especially around the schools, has been the difficulty of dreaming. We've had so little money for so long, and we've been so stuck in other ruts, that we haven't really talked about what we'd really like our schools to be. What would we do for our kids if we could? How do we want our schools to work for, yes, our students, but also for our employees and for our larger community?

We also too often don't recognize who we really are as a district now, either. If the mark of a Cockney was being born within earshot of Bow Bells, too often the mark of what makes one "Worcester" or seen by some as able to serve Worcester well, has seen similar limitations.

They're a chance for a community to take stock of where they are and who they are and who they want to be. Done well, not only those who think about district direction all the time, but plenty of people who have their heads down and their shoulders to the wheel on district and community, think about where the district is going and how they're going to get there, and to talk to each other about that.

I want to give credit where it is due: it was last term's committee that not only said we needed a search, but a full, professional, national one, and that created and voted the RFP that outlined that kind of conversation in the community, with that kind of work to follow over the search.

Worcester, further energized by an election that saw change, then saw that community conversation fully inform the position description that was adopted by the Worcester School Committee. What Worcester said we needed is what the Committee said we needed, and who Greenwood Asher went to look for.

Mayor Petty appointed a large (and I say that as a professional!) search committee that drew from all over Worcester, from all sorts of backgrounds and connections, and charged them with doing the first round screening. That, again, is a courageous thing to do: you're giving over authority, and you're doing so to a group that is not under tight reins.

Search committee work is A LOT: reviewing all the applications thoroughly, doing what homework you feel is necessary, then working with a committee on evaluating people to interview. Then attending all the interviews--we did eleven, over two full work days!--with great attention, listening carefully for what makes each applicant different and how well they answer. Then doing another round of evaluation with the committee.

And let's be blunt: those discussions, if they're going to bring the community forward, are going to involve all the questions raised in the search: who is Worcester? Who do we want to be? What are the needs of the community and how are those best met?
Those are not easy conversations. As Senator Chang-Díaz said at Monday's YWCA Stand against Racism: “If this work is comfortable…you’re not doing it right.”
I am really grateful that we had a search committee that not only were who they are and worked hard, but were courageous in their commitment to our students.

Also, they kept confidentiality. As the Massachusetts General Law notes, it is in the interest of the district to have the first round of screening be confidential, as the quality of candidates a district receives is enormously better if it isn't public until they have a real chance. This was a lot of people, and they have kept faith with the district, which shows integrity and commitment on the part of everyone involved.

And I'd be remiss here if I didn't get a salute to Molly McCullough who chaired the search committee, which meant everything from being an ongoing conduit to and from the search committee, to creating schedules and agendas and question series, to responding to questions and queries from all directions. She did it with patience and thoughtfulness (and hours and hours of work!).

Superintendent searches are also one of the more difficult things for a School Committee to do. It is a very big decision to make. It is a lot of trust to put in someone. It is always going to be second-guessed by someone (who does the second guessing tells you something about the choice you made). Our Committee trusting each other enough to go visit the finalists' districts--a core piece of a professional search--and report back is really a hallmark for me of the working relationships being established among this Committee, which I'm so grateful to have as a member.

I have sat in on many votes for superintendent. This is the first time I voted for one. I said what I said about Dr. Monárrez on Thursday, bringing nearly 30 years of my own experience in and around public education to this decision, which, as I said then is "a description of someone who met, in a myriad of ways, exactly what the Worcester School Committee, and, more importantly, the community of the city of Worcester, wants in their next superintendent."

What I heard from across the district both Thursday night and Friday morning was a level of rejoicing I don't know I've ever heard in Worcester. What is most meaningful to me is the number of places where voices that are not accustomed to being heard felt that now, finally, they were.

I'm very excited about what the new superintendent means for the Worcester Public Schools.
I am also hopeful for the future of my city, given the sort of search that got us here.

Dr. Rachel  Monárrez is our next superintendent, Worcester.
It's up to all of us to make this work.
Know hope. 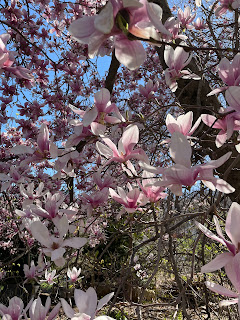