The rest of Tuesday's agenda

The report of Thursday's Ad-Hoc search meeting (which you can watch a video of here) is being reported out to the full Committee tomorrow (Tuesday) at 5 pm at a special meeting of the Worcester School Committee, so we can keep moving on the search. 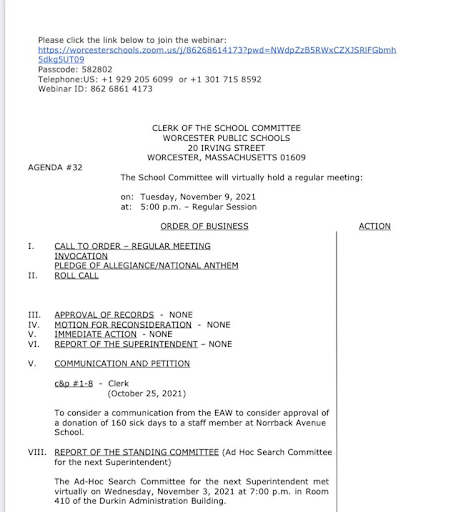 I have many thoughts on much of this, which I will share, of course, during the deliberation tomorrow.

Again,  I am abiding by our ethical obligation to keep deliberation for the meeting itself. However, take a look.