It's the first quarter report! and more!
The agenda is here.

The first item on the agenda is the report closing FY19. First, note that on a $345M general fund budget, the district was left with a balance of $2312 at the year's close (that goes back to the city). That's a margin that is, well, stunning. Districts that are much much smaller don't manage their projections and budget lines that tightly.
The second thing of note (to me, anyway) is that over the course of the year, over $4M was transfered from salary lines to non-salary lines, with $1.6M going to Misc Educational OM, which I don't understand...as of May, $370K had been transfered into that line, so what happened since?

The second item is a response to the request for a walking path from St. Paul Street to Flagg Street School; the report notes that a pathway of 300 feet would cost between $25,000 to $30,000; there is a layout as the second page.
There is no report, because one was not requested, on if this is the greatest facility need of this level of cost, if there are other schools that likewise might need such access, and if this is the most equitable way of spending such funds.

The first quarter report of this fiscal year is on this agenda: the year thus far by cost center is here; the report with narrative is here. As always, I'd urge you to read it, but a few notes:
The recommendation is to add five adjustment counselors--three in elementary, two in high school--and a guidance counselor to managing the early college programs (is this the greatest need on the guidance end??) and half a million dollars in literacy materials "and related professional development."

There's also a report on how the grants came back (some lower, some higher) and what might be shifted there. And the proportionate share requirement--funding special education services at private schools--is included in the description.

Finally, there is  a 73 page report on environmental management. That sounds like a lot (it is!), but it's also actually readable:


An EMS requires an organization to “Say what you do, Do what you say, and Prove it” as a way to ensure compliance and overall improvements.

and uses parallel structure...
It reports out that environmental management has not only included specific departments, but has impacts districtwide, runnng to 600 staff having been involved. There's a focus on preventing issues, rather than fixing them after they occur. There are sections on legacy building issues (including lead in water, for those interested; I found it very reassuring, as the issues found have been dealt with and are undergoing retesting); usage (including indoor environmental quality! including:


The Facilities Department, the WPS EH&S Consultant, the WPS Nursing Department and the Worcester Department of Housing have worked together with a city-wide initiative, the Prevention Wellness Trust Fund (one of nine projects funded by DPH to reduce chronic disease, including pediatric asthma) to pilot EPA’s Tools for Schools program. It included classroom IEQ training and “walk-through” assessments. The goal of this component of this project was to identify conditions that could cause or trigger asthma.

and toxic use reduction...and apparently we need a boiler somewhere?...working on Breakfast in the Classroom, types of waste disposal); a department by department review, with an interesting note coming from the art department:

(another reason to fund the budget!), the end of the use of bleach by custodial staff, and a new term to use something in cleaning WPS buses: 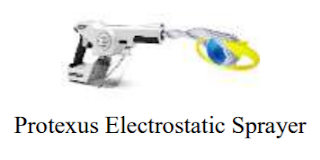 Protexus Electrostatic Sprayer! (There are YouTube Videos!)
I feel as though someone should mention in here somewhere that this is, of course, just the WPS run buses, not Durham buses.
There are sections on preparing for emergency managment..
There are also some impressive references to operating protocols and training.
If this is of interest, I'd recommend it!

My plan is to be there for this, but I do have a meeting later that night, so I don't know that I'll make it all.
Posted by Tracy Novick at 7:03 PM